Ok, Im not sure if these are arty enough to be classed as an “Art photograph” what ever that might be 🙂  but just cant get over how beautiful it is along this coastal path.

I may have to paint some of these as the colour of the sea is just amazing, looks more like a sunnier climate than S W Wales, but it can stop raining sometimes here in the summer 🙂

I love walking along the coast even in winter though, but the trouble is that its quite hard to manage this as dragging my unwilling son out walking can be quite a task.

He has adha and likes to have his own routine and do his own things, also, its always been difficult to get him to walk anywhere for the sake of it as he likes to have a purpose to it.

The reason I managed to go here is because he went of to Pendine Activity with his school and his helper went with him so he managed that fine as he was familiar with the people around him and his school friends.  I really missed him that week, but I was able to do the things that he hates doing.

I did a few walks that week,  Pendine to Amroth, which was amazing, I didnt see a single soul and I felt less alone than I ever have.

There was so much life around me, not human life apart from myself of course, but just a life energy that we are all part of, that wild natural world, no traffic noise, just the sounds of the birds, the insects and the sea.  It was so peaceful and to me, this is where God is, this natural world, it is much bigger than us but we are also part of it.

I tell you something though, those hills were a killer but its certainly worth it though if you don’t mind the steep hills. 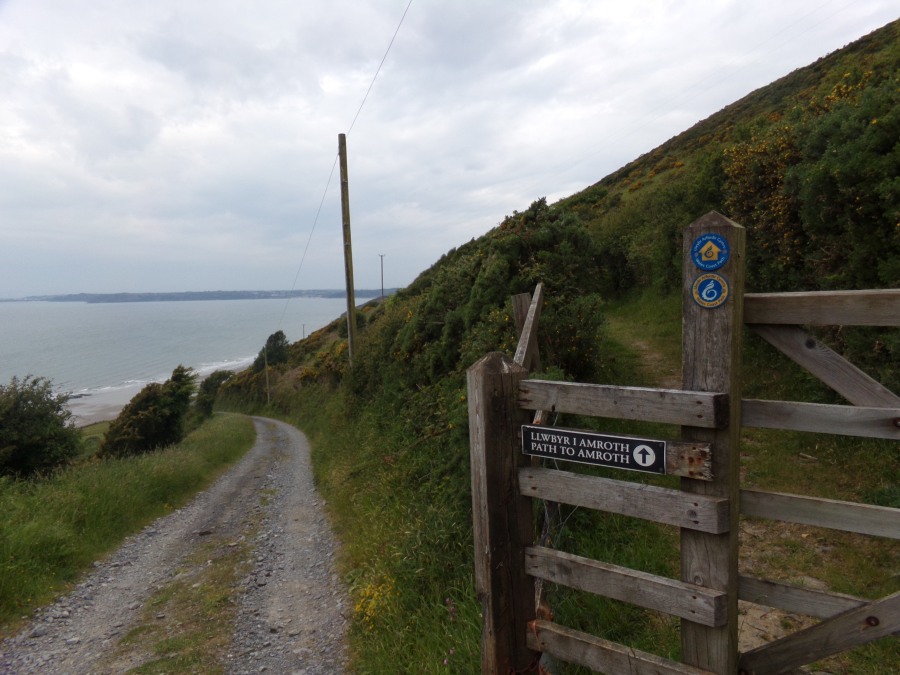 Oh, I lied when I said I walked this path alone, this little guy came with me.   Loved the shape of the track on the hill behind which we just came down from.

Hi, Welcome to my site annemariefoleyart.com and I also run another site/blog Zac Foley fansite , the late bass player of EMF and Carrie View all posts by AnneMarie Foley